The Stubborn Persistence of Racism

Three members of the SPHE Network recently presented papers at an international conference on racism hosted by the Centre for Education for Racial Equality in Scotland (CERES) at the University of Edinburgh.   The conference, which focused on confronting racial inequality through education and action, explored contemporary discourses, theories, policies and practices from a diversity of educational contexts and settings. 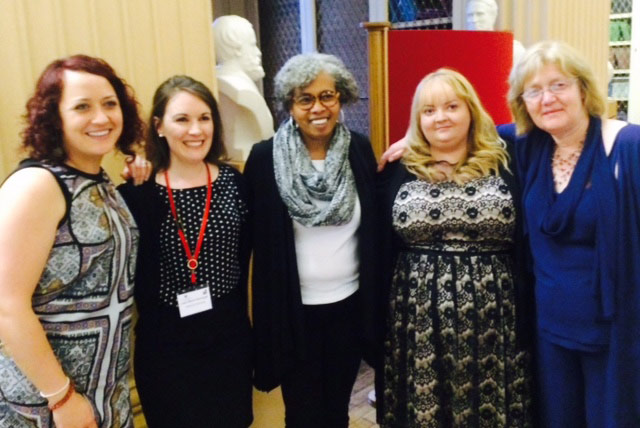 Network members Therese Hegarty and Aoife Titley from the Froebel Department of Primary and Early Childhood Education presented a paper entitled ‘Putting racism on the agenda in initial teacher education: Utilising a pedagogy of discomfort to name privilege and support transformative pedagogy’. Their paper introduced findings from the experience of delivering an elective module for student teachers in Maynooth University which covers issues relating to racism, globalisation, ethnocentrism, othering and reflexivity. Through active, participative and experiential methodologies, the course utilised Boler’s ‘Pedagogy of Discomfort’, as an approach to teaching and learning that has the capacity to disorient, disrupt and unsettle, to challenge what learners think they already know, and to support them in acquiring new thinking about themselves, the world and others (Boler, 1999).

Network member, Anne Marie Kavanagh’s paper, titled “Pushing boundaries: Agentive Opportunities for Challenging Racism in Primary Schools” focused on how schools can embed anti-racism at formal and informal levels as part of a whole school approach.  Her presentation highlighted the importance of staff recognising reproductive forces within education and the inequalities that ensue for ethnic minority pupils.  It emphasised the importance of creating inclusive pupil-centred school cultures which work to maximise pupils’ participation, academic achievement and social, cultural and political capital.  More critically, it underscored the necessity to consciously embed anti-racism into schools’ structures, policies, processes and practices and to continuously engage in critical reflection to ensure that the rhetoric of social justice, equity and anti-racism matches the reality and the lived experiences of staff and pupils.  Focusing on a case study of one Irish primary school, which seeks to promote a critical multicultural approach, her presentation provided concrete examples of how schools can promote anti-racist approaches.  She concluded by stressing the importance of school leadership in promoting equity and the necessity for school leaders to foster commitment for social justice and anti-racism from all members of the school community in order to enhance the life chances of all pupils, particularly those from ethnic minority backgrounds.

The Irish Delegation were enthused and energised by many of their conversations with colleagues from over 18 different countries around the world working in related areas. Further inspiration came from Professor Gloria Ladson-Billings from the University of Wisconsin Madison with her paper ‘From Colorblind to Post-Racial: Decoding Race Discourse in ‘Democratic’ America’.
Here she is promising to make her first visit to Ireland!