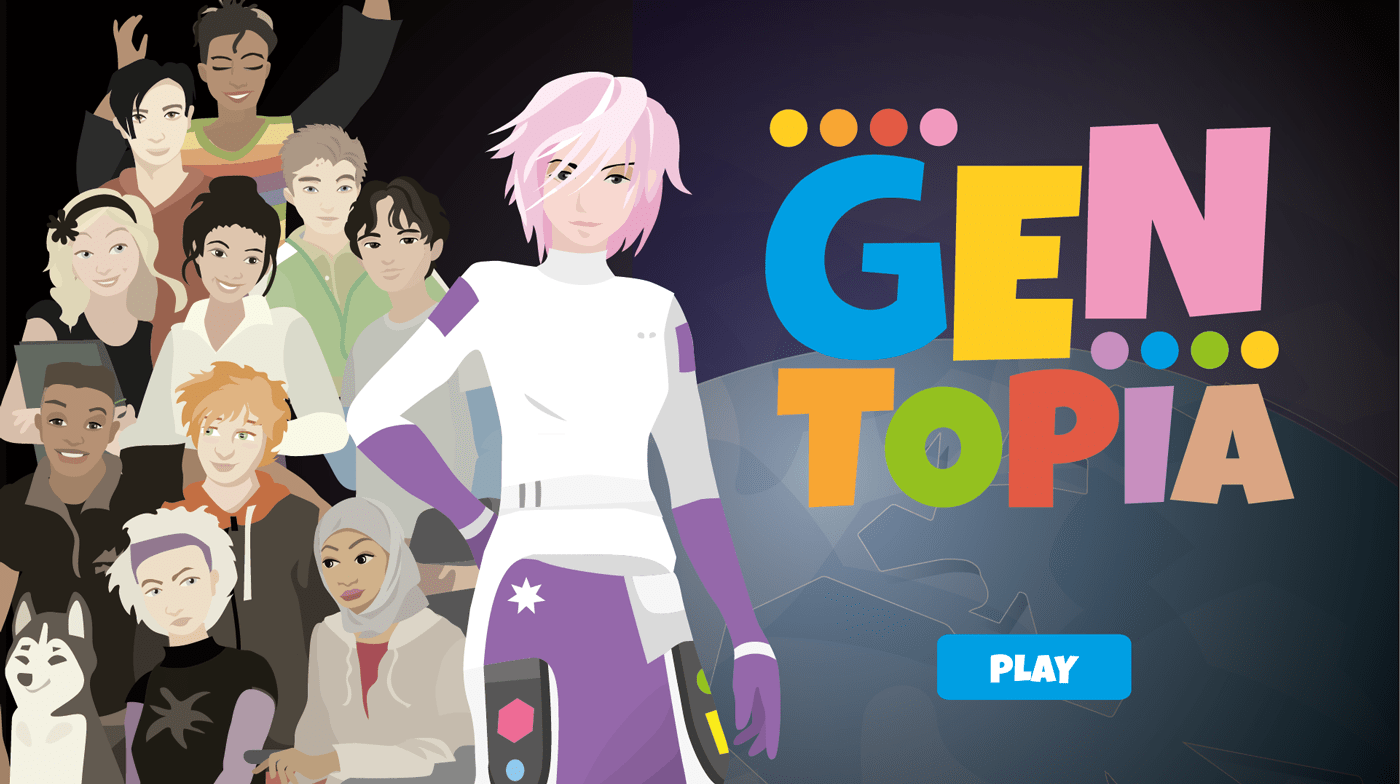 On November 24th GenTOPIA was launched in DCU, a digital game created for 14 – 16 year olds by a consortium of academics, teachers and game designers in Ireland, Spain, Hungary, Turkey, Romania and Portugal. The resource, which was funded by the Erasmus Plus programme of the European Union and developed through the DCU Anti-Bullying Centre, was created in response to growing levels of sexual and gender-based abuse and harassment experienced by young people. The project’s Lead Researcher, Dr. Debbie Ging of the School of Communications and the Anti-Bullying Centre in DCU, has been working on online misogyny, digital sexual abuse among youth and educational interventions to tackle these issue for many years.

This resource was developed on the basis of existing academic research on young people and gender-based abuse online, as well on foot of pre-game development research conducted in each country by the project partners. This research revealed that young people had a number of common concerns in relation to their social media use and everyday lives. These were coercive control and jealousy in relationships, receiving unwanted sexual images and pressure to send nudes, the sexualisation of girls and women online, girls’ exclusion from sport, sexism in gaming, homophobia and being judged on one’s appearance. The game scenarios and activities were developed specifically to tackle these issues.

GenTOPIA is set in a SIMS type world, segmented into different aspects of daily life – school, sport, social life, social media and home. Although the gameverse is fictional, it is based on a series of relatable scenarios which address gender stereotypes, consent, digital safety, street harassment, coercive control, non-consensual image sharing, and homophobic bullying.

The central character of the game is Mia, a native of GenTOPIA, which is a confederation of gender-equal planets. She is sent to Earth to see if it qualifies as sufficiently gender-equal to join GenTOPIA. Mia’s mission is to rectify inequalities, thus ensuring that Earth can join GenTOPIA, and she can finally return to her own planet. She accompanies a group of young people through 9 scenarios and game activities, observing everyday life on Earth through the eyes of an outsider.

We know from previous research that scenario-based learning is highly effective – it gives students a safe space to hypothesise about imaginary characters but also allows them to put themselves into the scenario to figure out how they might react.” Dr. Ging and fellow researcher Derek Laffan believe the game makes difficult issues easier for RSE teachers to tackle. It covers topics that might normally be awkward, but because the scenarios and activities are so engaging, it takes some of the pressure off the teacher, and allows students to work on additional activities in smaller groups.

The game is accompanied by a Multimedia Handbook, which is designed for SPHE / RSE teachers to guide their students through the game, and which contains additional classroom activities and resources. Both the game and the handbook can be downloaded from the project website – https://www.gegame.eu/